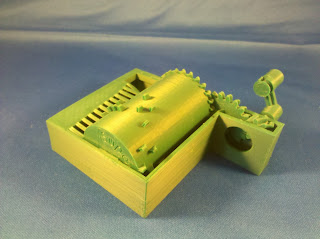 Wizard123's Music Box on Thingiverse is one of the most amazing things I've seen in a while... if it works. I printed up the SMB one in ABS first and the results were not encouraging. The construction was genius, there's a hole to make putting the first gear in place easier and the rest go in well enough with a little flexing after that, so that's good. But the sound was only suggestive of the song it was trying to play and the tines started breaking until only an hour after it sprang off the build platform they were broken. 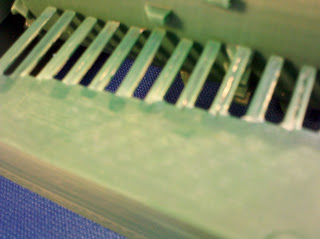 So I decided to try it again in PLA to see if perhaps the more rigid properties of PLA produced better sound and the results were much better. 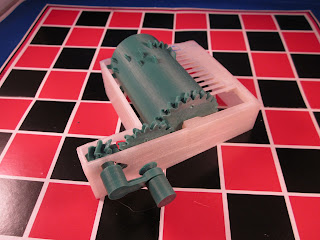 It sounded great and for some reason the tines are lasting much longer, tho that may be because I'm not overextending them by going the wrong direction this time. However the song I chose didn't exactly work so I'm going to try a different one, but the experiment was very encouraging.

PLA is defiantly finding it's place in my arsenal. I still feel that for commercial objects ABS offers more longevity and better tolerances, but PLA is becoming more useful lately.

EDIT: PLA tines broke after a few hours with my kids too, so it's no more durable in the end.