I got the build platform upgradeby  BottleWorks and installed it this weekend. Over all I am super impressed with the quality of this build. The quality on this thing is as good as professional. And the majority of the install went very smooth with only a few headaches. 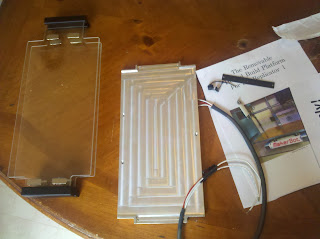 This is everything that comes. I oped for the extra build platform since it is glass and I don't want to be left without a build platform should anything happen. The new build platform connects directly to the mighty board without any connectors, which is good, that connector was the weakest link in the past.

The Bottleworks build platforms were surprisingly both white, where the old connectors had one red and one black. I was told those connectors didn't matter which is which, but switching them helped me in the past, so we'll see what happens. 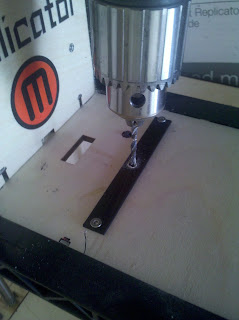 It always hurts when I have to drill a new hole in my bot. Forgive me.

Turns out this hole still wasn't in the right place. I needed to widen it towards the front to prevent the screw from rubbing, but it's not really a big deal. 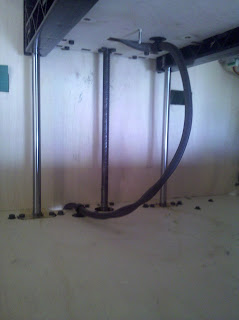 This is interesting. Bottleworks cable is more flexible than the one Makerbot uses which resulted in these cable holders being functional again. The old ones were just too stiff and the cable holder couldn't hold on. 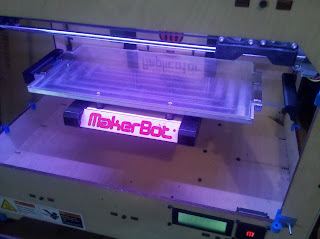 Everything together, and it didn't take very long. I thought I was done. I was wrong. Because this build platform is a little taller than the old build platform meaning the Z-switch detector needed to be moved down. 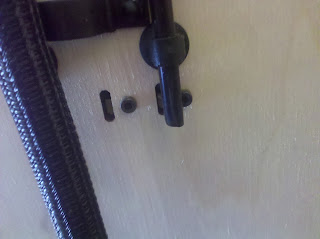 Fortunately Makerbot included these little grooves next to where the Z-switch bolts in that the Z-Switch can be put in so it can be adjusted, probably because Makerbot anticipated adding an Automated Build Platform one day. Unfortunately they're hidden behind cables making them very difficult to use.

Protip, when unscrewing the Z-switch there is a spacer, on the other side, don't lose it, and hold on to the screw, don't lose it either. 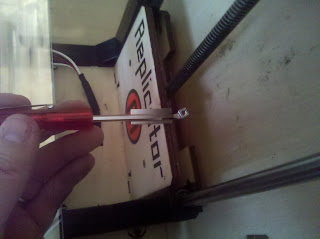 Unfortunately for me I still have that gap behind the build platform. Fortunately the new build platform came with some extra magnets and using them magnetized my screwdriver to make retrieving the lost screws super easy... something I had to do at least a dozen times. 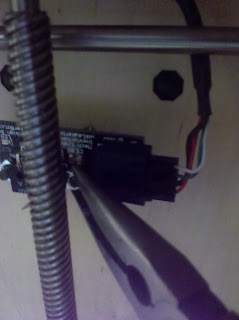 This little screw was the bane of my existence for an hour. On the one had there was a cable on one side, a Z-axis screw on the other. I could find no easy way to set this up. In the end I wish I had found some secret for making it work, but I have no idea what the key finally was.

Next I need to get the steel build platform arms so I never have to level when switching between PLA and ABS... when I get the money.

Now that I have a glass build platform I'm going to experiment with hairspray to print directly on the glass. Hopefully I can find a solution that will mean I won't have to change build platforms as I go from ABS to PLA as well.
Posted by 3dpprofessor at 6:15 AM