A couple of things to report about my book. First of all the title has changed. It will now be called 3D Printing Blueprints, a change which I am happy with. Secondly, all content is complete and is being reviewed by the page layout people right now for prep before sending to the publishers. Yes, it is that close to done. Next, I got the cover proof. That put me in a giddy mood, I can tell you. That's my name and an ISBN and a UPS and everything. I feel like I'm at a party in my honor and I don't know what to do with my hands. 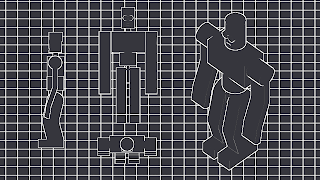 One of the last things I did was make the blueprint images that will start each chapter. Originally I was going to do something with measurements on it, but since I have no idea what I'm doing when it comes to official blueprints (most of my planning looks like scribbles on graph paper, hardly illustration worthy) I decided to go with something a little more representational instead. 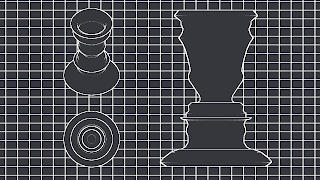 It looks like we're still on target for a late August release so you've only got a little longer if you want to get in on RAW pre-order before it goes full price, so get on that.
Posted by 3dpprofessor at 6:48 PM

Email ThisBlogThis!Share to TwitterShare to FacebookShare to Pinterest
Labels: Book