Now I know where the value is

Restocking Glow-in-the-Dark 3D Hypnorings had a the black filament stop midway through the print. 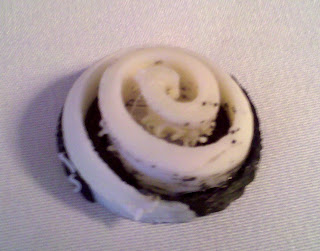 Actually, it's kinda of cool looking. But when I tried to figure out why the black stopped none of the usual suspects presented themselves. No knot in the spool, things were going good on that side. But if I did the load procedure no filament came out. So I pulled out the filament and found... 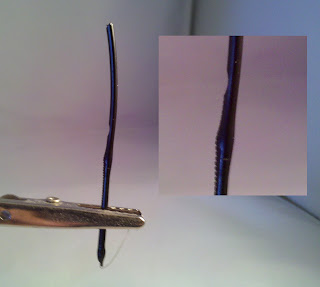 One heck of a bulge. It couldn't go into the hot end so it just got caught there, the teeth cutting a groove into the filament above it. This was the Afinia value line black filament which has been in every other way spectacular, but now I know why the filament is cheaper. Not quite the same level of QC. But this is the first and only time I've had a problem with this filament so I'm still going to endorse it.
Posted by 3dpprofessor at 11:55 AM