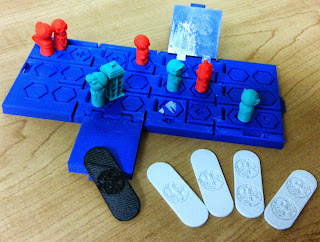 TARDIS Run has been developing well. I'd like to have this done in time for people to be playing it on the 50th anniversary. But in the end I can't decide between two different boards. Either a pair of small jogs in the middle that together result in one very unlikely super shortcut or a pair of teleport pads that cuts the board by about a third. 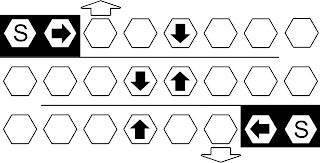 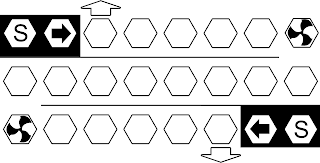 
Of course if you try both of them did either of them make the game more fun? Otherwise this will help me settle on which one I should choose.

I've also finally uploaded the Doctor Who Pawns and Doctor Who Monster Pawns as an incentive to help me out.
Posted by 3dpprofessor at 12:23 PM