Andrew Mazzotta approached me with the possibility of creating a test object similar to, well, lots of test objects out there already, with a little indirect marketing towards his 3DHacker website. The thing about creating a test object, particularly a comprehensive one, is you have to decide who your audience is, what do they want to test and what can the tests teach them. For instance testing wall thickness is fine... if you're writing code for a slicer to handle that sort of thing. Otherwise to and end user all they'll get is frustration when they realize there's no setting they can adjust to fix it.

So I created something for the 3D designer that will teach them how to model well for 3D printing as well as little adjustments they can make to improve prints with fine details. 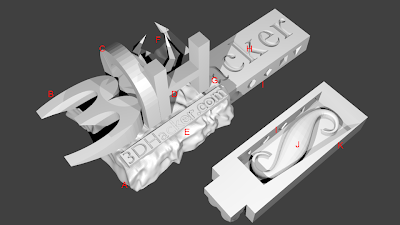 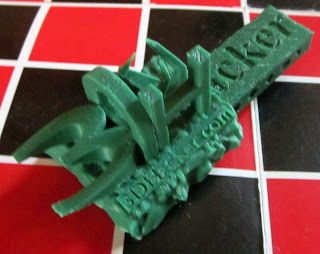 You can download the model on thingiverse right now and try it out, but I;d like some feedback. It's a bit bigger than other tests, is it too big? Does it waste too much space? Did I miss out anything important that a designer would like to know? Is putting test in that are known to fail a good idea? Should I change it in any way?

One last thing, did anyone notice that I forgot to plug the book yesterday?
Posted by 3dpprofessor at 6:32 AM