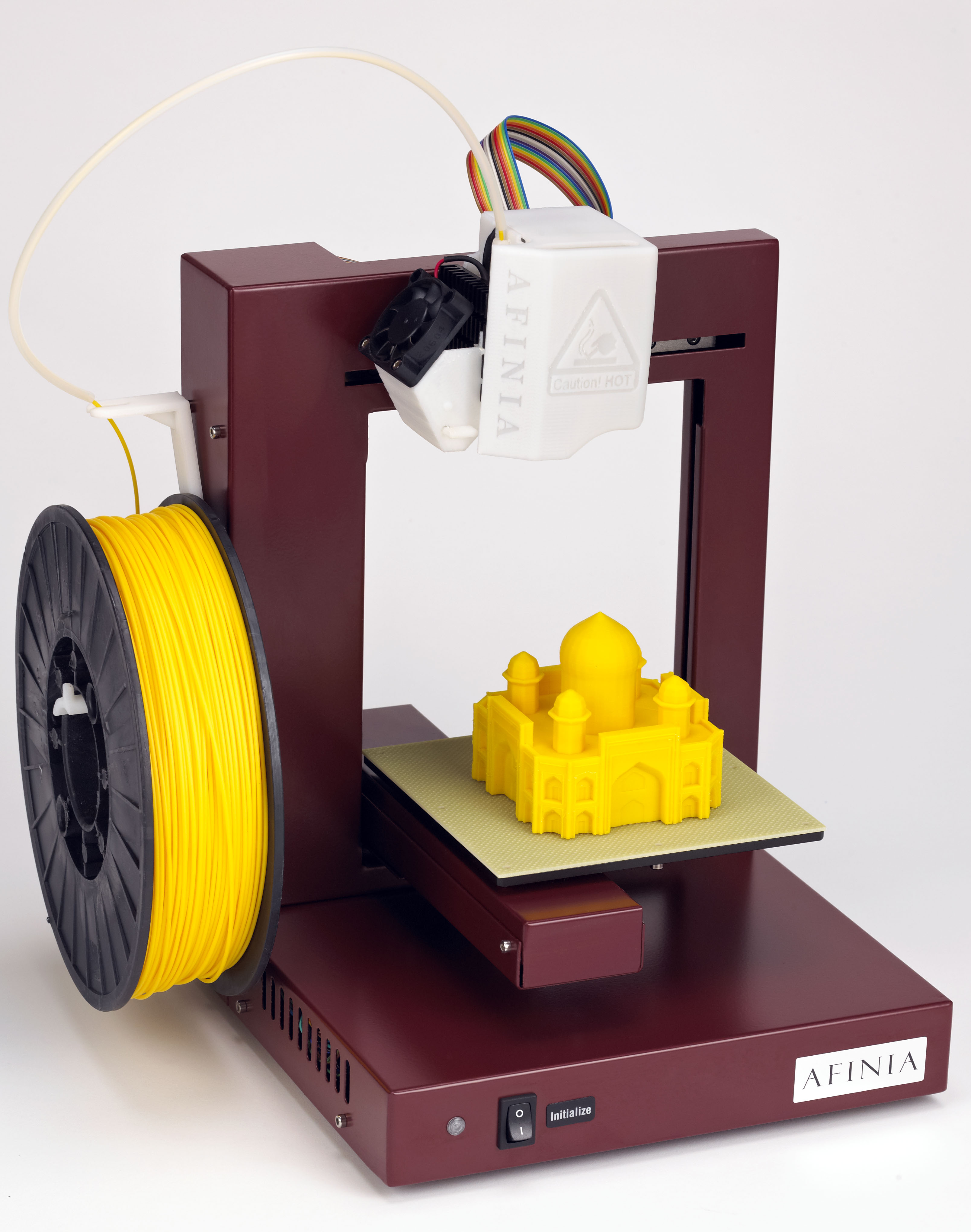 This one may not be a Makerbot but a 3D printer is a 3D printer. Actually it looks like an Up! clone, but it's not. It's an Afinia and all you have to do is provide them with some free (to you) social media-ing. Like, friend, follow... you know the drill. And if you happen to around any one of the shows that they're going to be at stop by and get registered too. It's kind of fire and forget since the contest winner will be announced in January and near as I can tell you can only enter once, but hey, free stuff for no work ain't bad.

PS. Future contest holders; if you are willing I would be happy to supply ideas for 3D printer contests that make people work a little bit, the sort of thing that could get you press. Like "draw or model something you want to make on a 3D printer that will change the world" or "write the rules for and draw or model the pieces for a new game that could be built on a 3D printer." Or "Take an existing 3D model with no functional purpose and make it functional or take a functional model and make it more aesthetically pleasing." Just putting those out there, feel free to take use them or contact me for more.
Posted by 3dpprofessor at 7:15 AM